Ciqikou was a well-known market and a trading center during the Ming Dynasty (15th century), with its own harbor west of Chongqing. Today Ciqikou is located in the midst of the Shapingba district of Chongqing, near the high-rise buildings. Ciqikou will remain intact, though, because the government has decided to preserve the old charm of the district, the better to attract tourists. Several buildings have been restored, and many small souvenir shops have now emerged, together with numerous food stalls and restaurants that serve the local specialties.

The lively stream of visitors at the old city gate demonstrates that the city rarely wants for visitors: 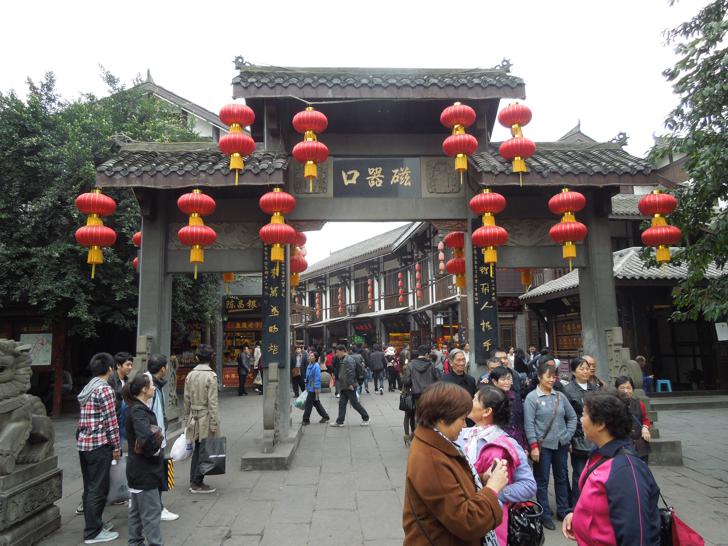 The enchanting ensemble of small shops in Ciqikou draws in many visitors: 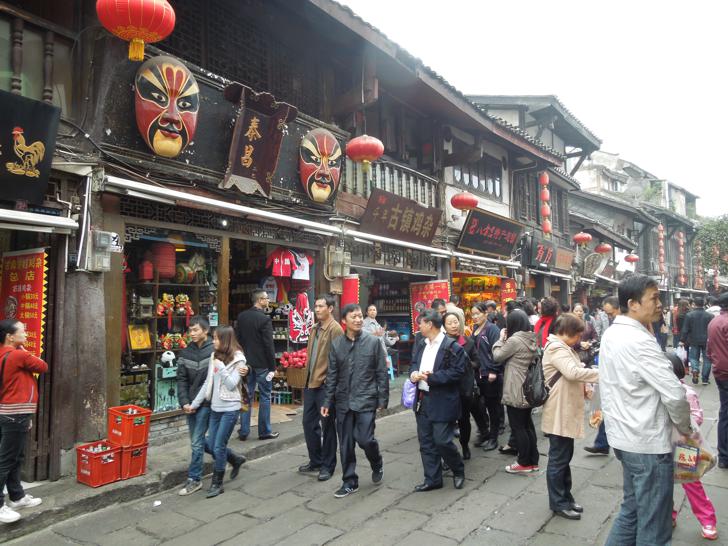 Midday is a good time to take a break and visit a food stall: 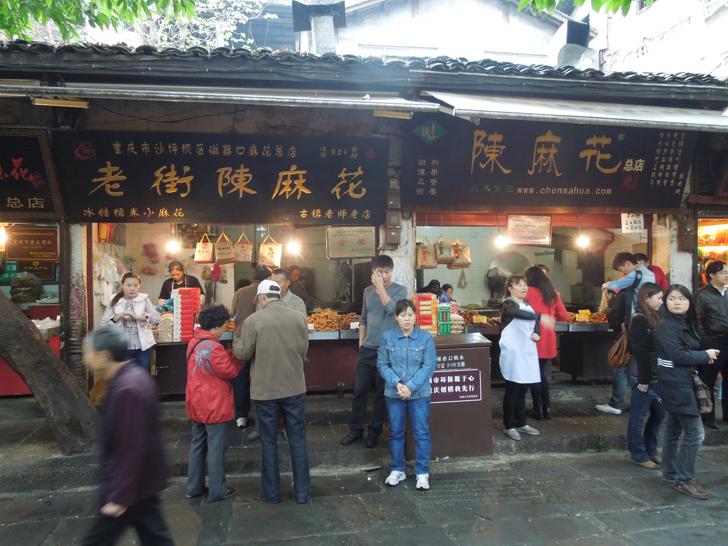 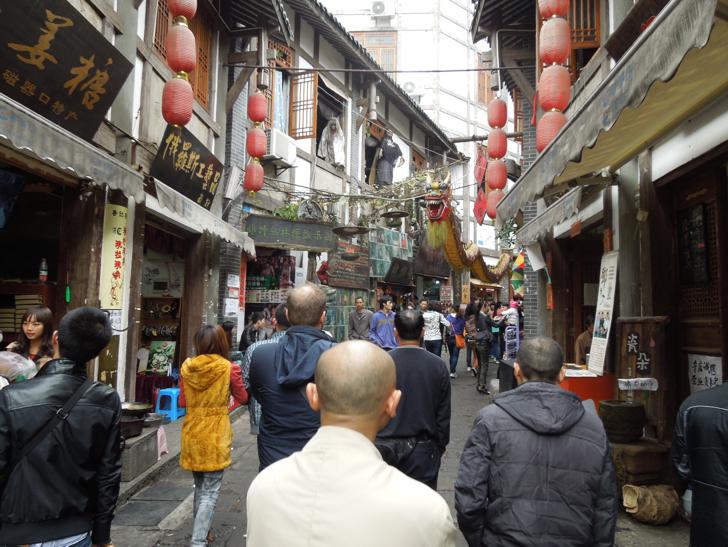 When you’re ready to leave behind the hustle and bustle, visit the City Temple: 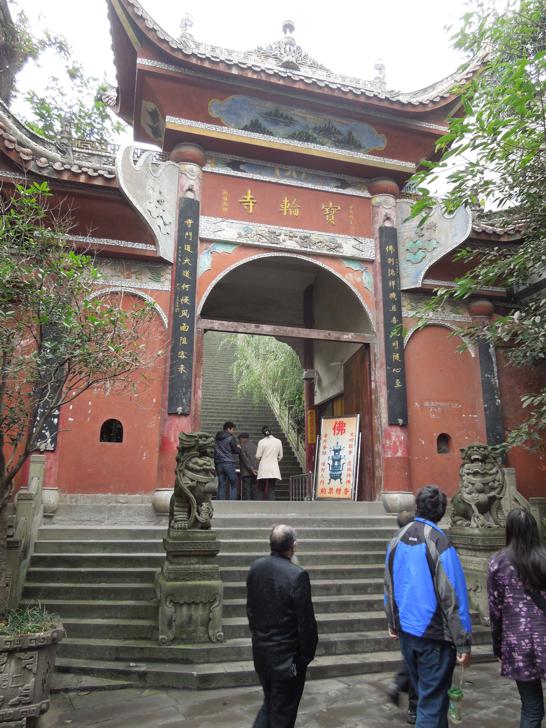 Although the climb is arduous, 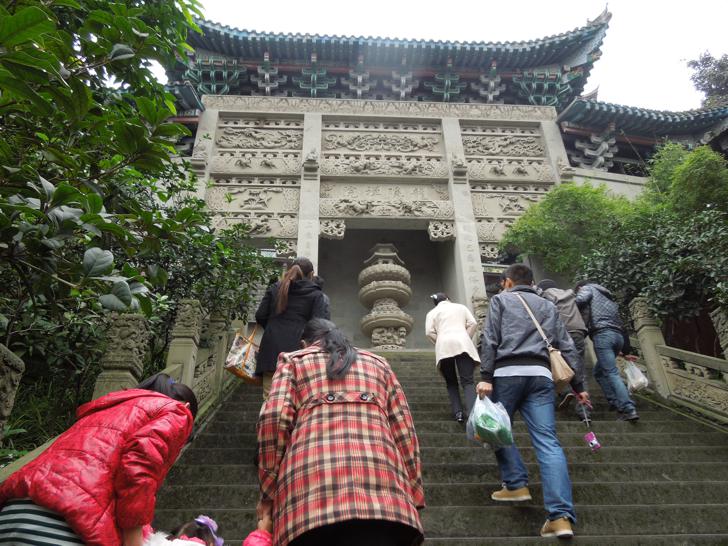 this small temple offers an island of calm, where the hectic tumult of Ciqikou can be forgotten: 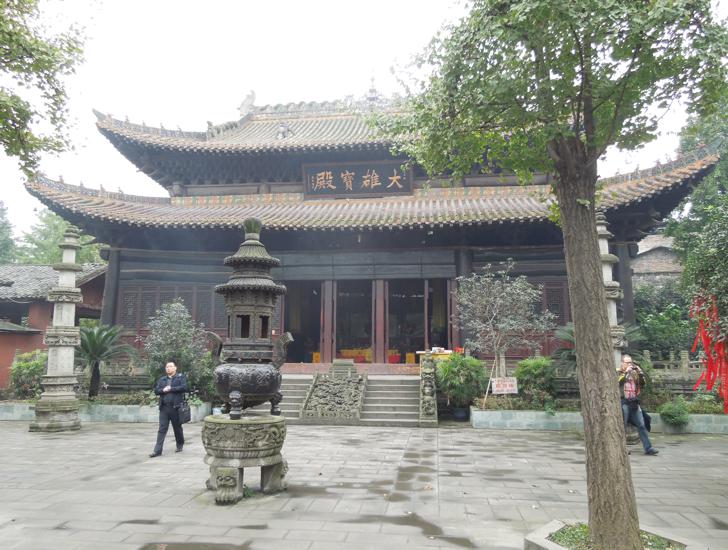 In the distance behind the beautiful ornamental architecture, you can see the skyscrapers of the Shapingba District in Chongqing peeking out. 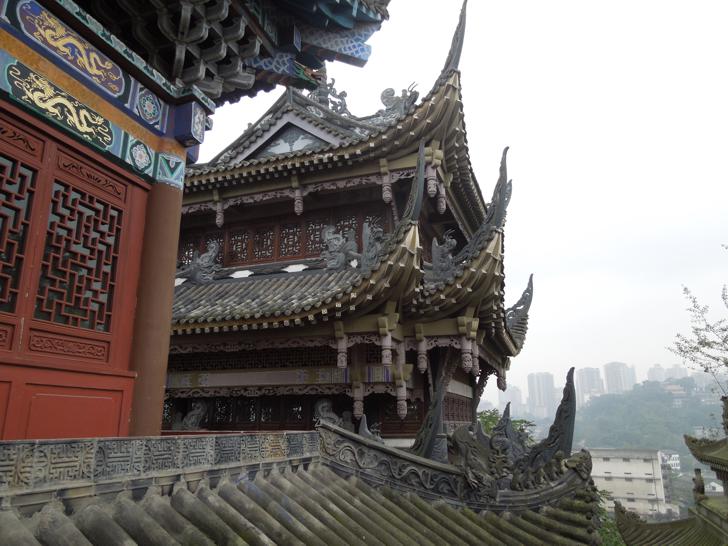 From the tower, you can take in both the charming courtyard, as well as the nearby city. 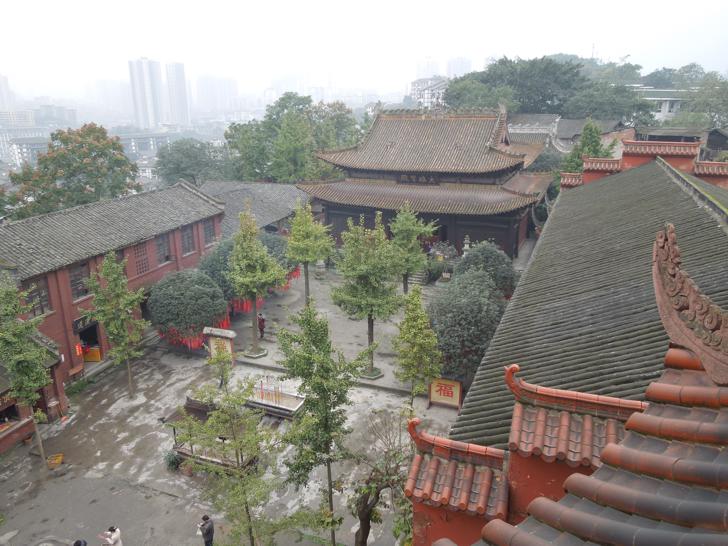 From an observation deck, a view of part of the former city Ciqikou can be enjoyed: 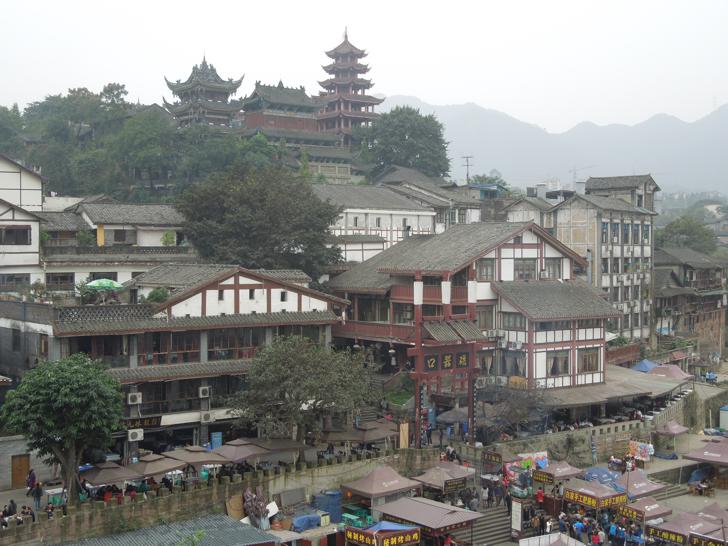 Take the CRT Line 1 to Shapingba Station, then take a taxi to Ciqikou (travel time: about 15 minutes, cost: 20 yuan). Starting in 2015, Ciqikou will have its own stop on Line 1