Eling Park is located on a hill in the middle of central Yuzhon District, and so it offers a beautiful view of large parts of the city of Chongqing. The park was established at the end of the Qing dynasty in 1909. It was built by a wealthy businessman, and was renovated in 1958. Hundreds of plant species can be discovered in different parts of the well-tended gardens, and there is a tea house and a restaurant that cater to visitors. Tourists also enjoy the lookout tower, which opened a few years ago and provides a suitable platform for photographing the Chongqing skyline. 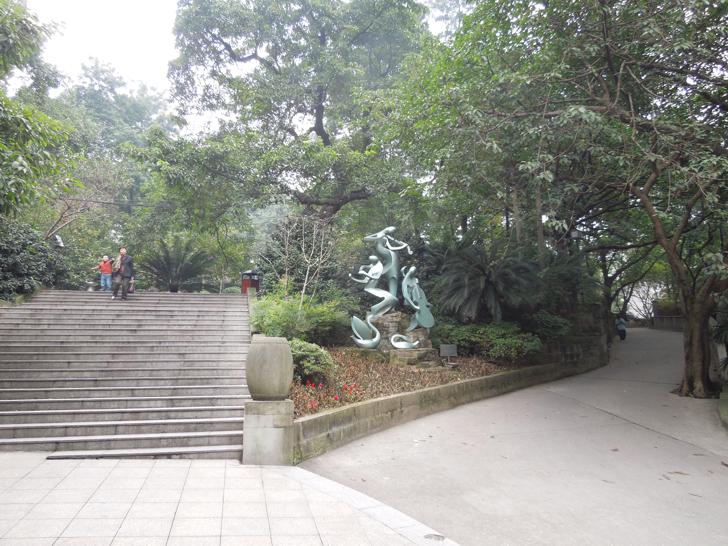 A number of subtropical plants adorn the enormous park: 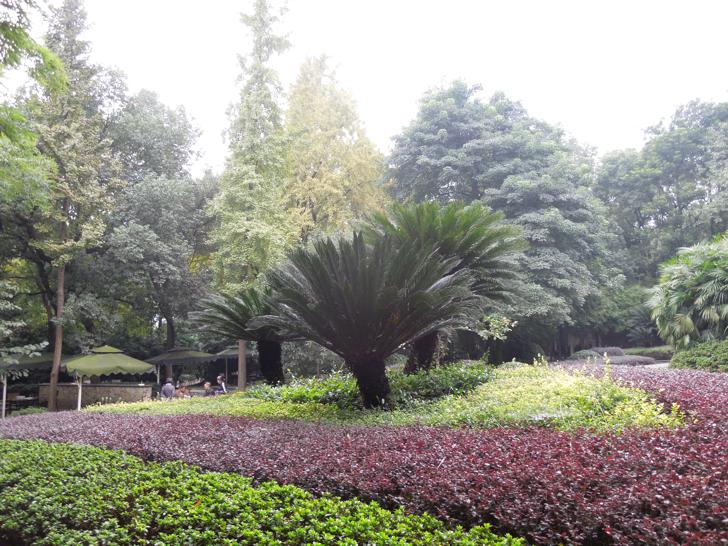 A covered bridge invites you to linger awhile: 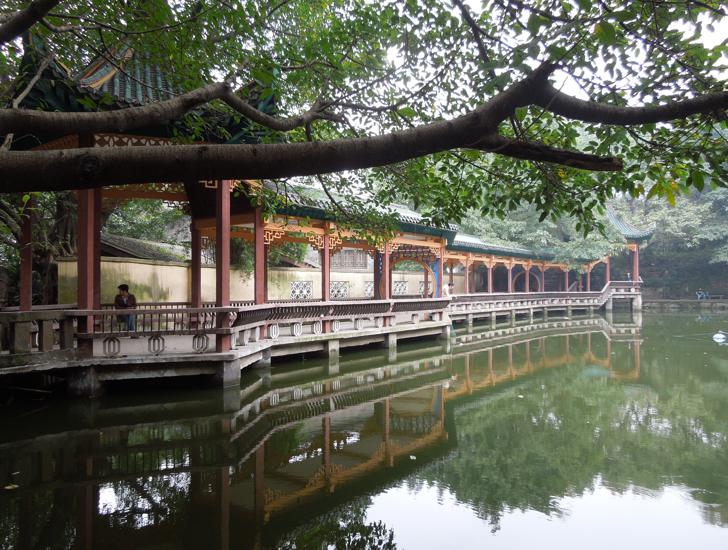 The new lookout tower, which resembles a pagoda, offers a panoramic view that is unparalleled: 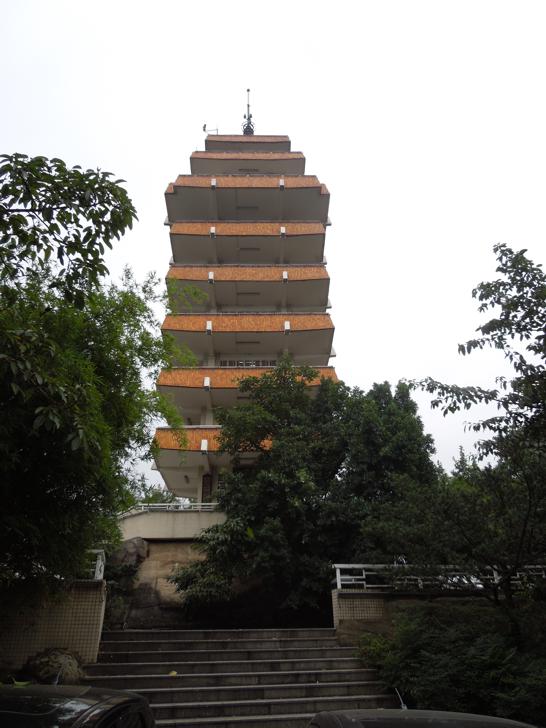 View of the western part of the Yuzhong District with the adjacent Jiulongpo District. The Yangtze River appears on the left side of the picture. The small regional center in the foreground can be reached from the Daping Metro Station.

The Caiyuanba Bridge spans the Yangtze River with an arc length of 1320 feet, and in addition to vehicular traffic carries the Metro Line 3 from Yuzhong (left) to Na'an (right). A second Yangtze River Bridge that carries the freeway can just be made out in the mist: 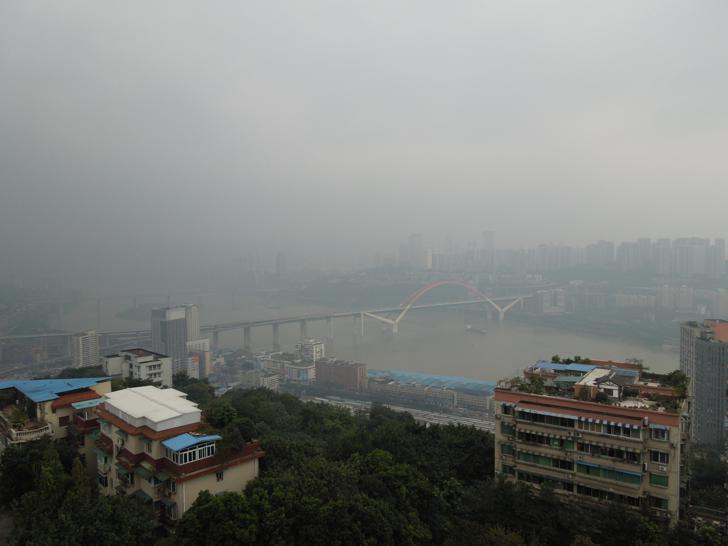 A significantly larger number of bridges cross over the narrower Jialing River:

The tower is brightly lit at night: 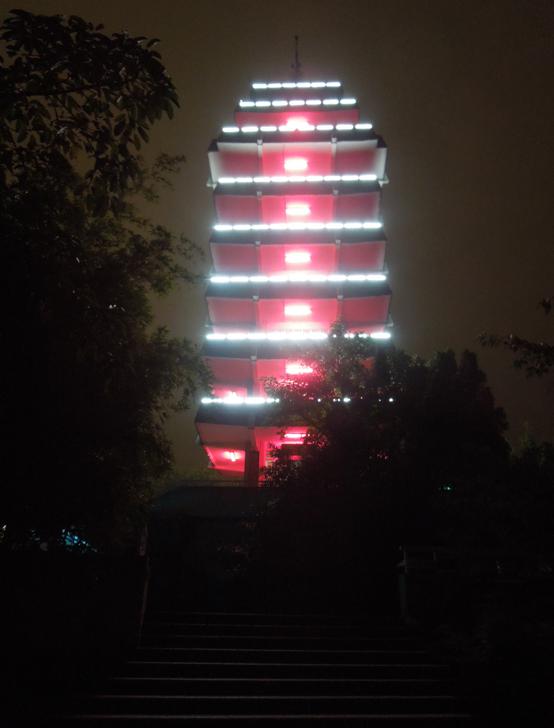 Up until at 10:30 pm, when the park closes, you can enjoy this view of the skyscrapers of Jiefangbei CBD: 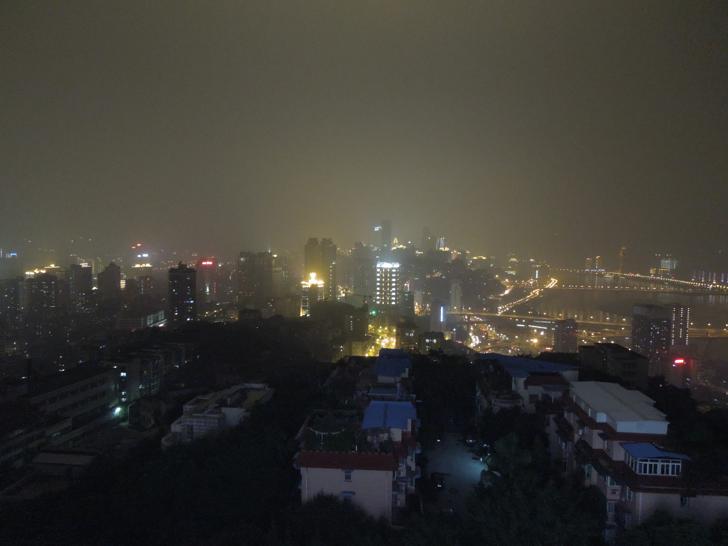 Or of the smaller regional centers on the other side of the Jialing River: 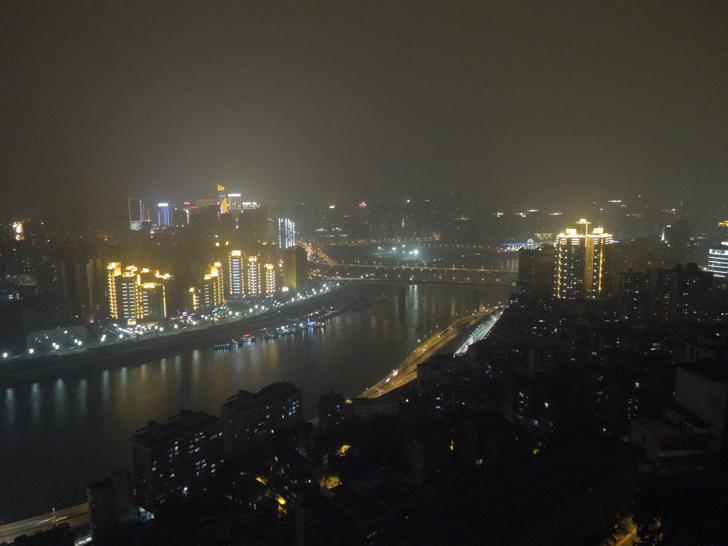 Take the CRT Line 1 to the Eling Station, from which it is a 10-minute walk.