The Stilwell Museum recalls the cooperation between U.S. and China against the Japanese in World War II. The exhibition is housed in the former headquarters of the American officer, General Joseph W. Stilwell (whose surname is rendered in Chinese as 史迪威 (Shǐdíwēi), who coordinated the entire theater of war in China, Burma, and India (CBI) from Chongqing. 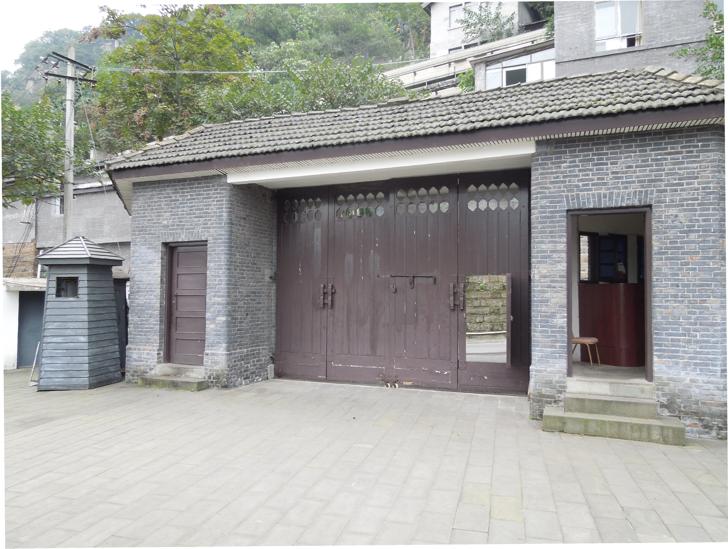 General Stilwell's military career was unusual, since he relatively rarely ordered his own troops. However, he spoke fluent Chinese and Japanese, so that he was the only general in the U.S. Armed Forces who was able to coordinate the Chinese-American military alliance against Japan as the chief of staff alongside Chiang Kai-shek. When the first fighting broke out in Burma, Stilwell was promoted to commander. He commanded the pioneers, who built roads and bridges, but also the "Flying Tigers", the well-known volunteer reservist squadron that ensured the transport of supplies and fought against the Japanese. (Incidentally, the museum is located just across the street from the Flying Tigers Exhibition Hall, a slightly more commercial exhibition and bazaar hall on Flying Tigers.) 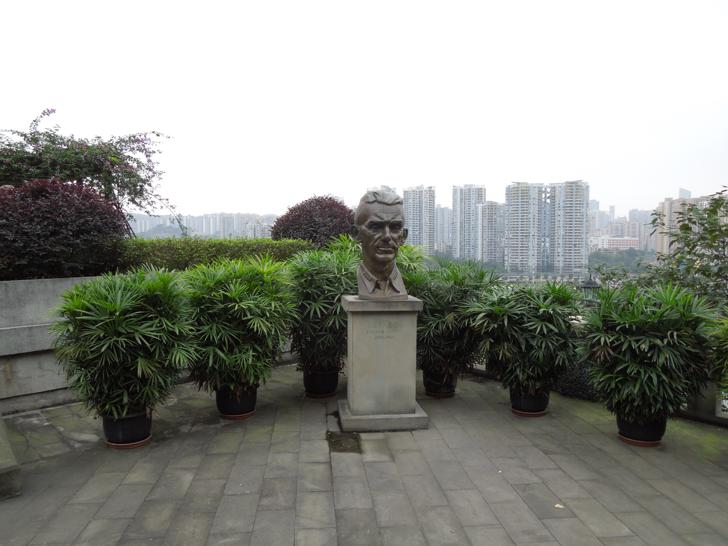 "Vinegar Joe" Stilwell was not a man who was blessed with tact, but he often shared the hardships of ordinary soldiers, and campaigned tirelessly for the development of China and Burma, which helped give him a high profile in these countries.

Next to the bust of General Stilwell is a monument that commemorates the suffering of Chongqing’s civilian population during the war. The city of Chongqing was chosen as the provisional capital of China due to its frequently foggy weather conditions. It was also home to numerous industrial facilities, and both factors made it a prime target for Japanese air attacks. A letter from Franklin D. Roosevelt to the people of Chongqing has been set in stone in the museum garden, and reads:In the name of the people of the United States of America, I present this scroll to the City of Chungking, as a symbol of our admiration for its brave men, women and children.

Under blasts of terror from the air, even in the days before the world at large had known this horror, Chungking and its people held out firm and unconquered. They proved gloriously that terrorism cannot destroy the spirit of a people determined to be free. Their fidelity to the cause of freedom will inspire the hearts of all future generations 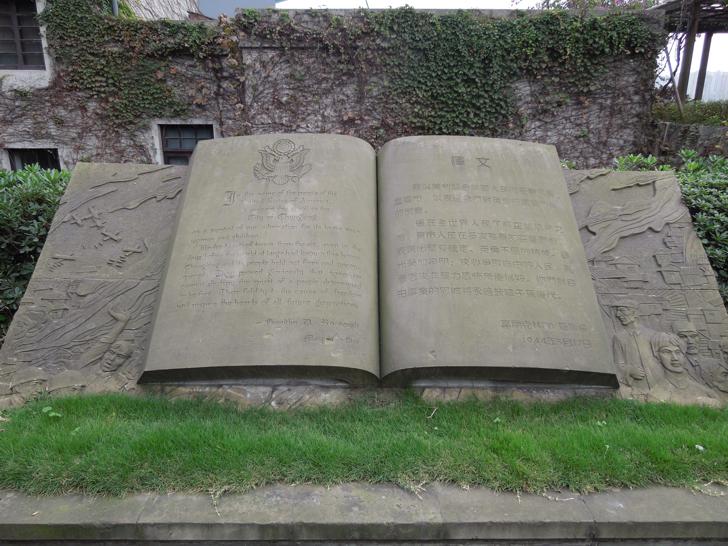 This interesting museum includes wall charts that describe troop deployments, the conference rooms and General Stilwell’s living quarters furnished with the original furniture. Unfortunately, no photographs may be taken. However, once we got to the backyard garage, we were allowed to photograph these military vehicles: 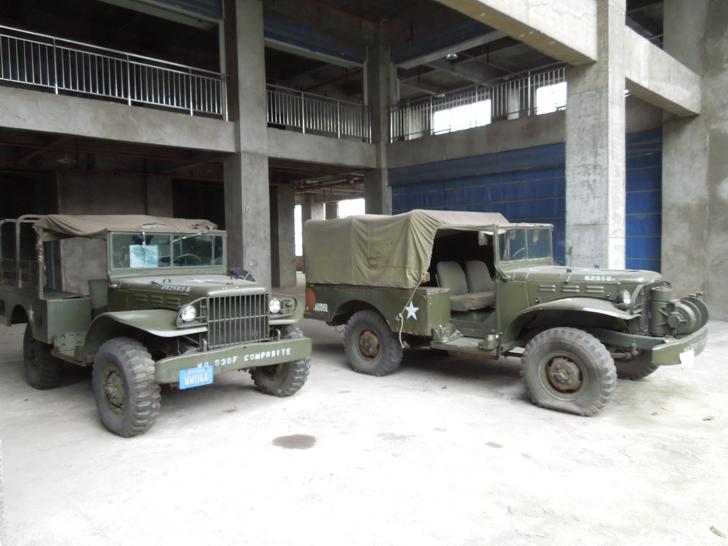 Take the CRT Line 2 to the Fotuguan Station, from which it is a 10-minute walk.