Geographical and economic facts about Chongqing

In 1997, a region around Chongqing comprising an area of 82,200 km2 (31,700 square miles, about the size of South Carolina) was separated from Sichuan province and declared a direct-controlled municipality. This area in Western China, with about 30 million people in a densely populated city and numerous surrounding villages, seeks to be a model for all of China in exploring how the economic development of the country can be managed. Through partnerships between Chinese state-owned businesses and Western companies, the Chongqing model is designed to create the maximum possible commercial profit, which can flow back directly into the city's infrastructure. 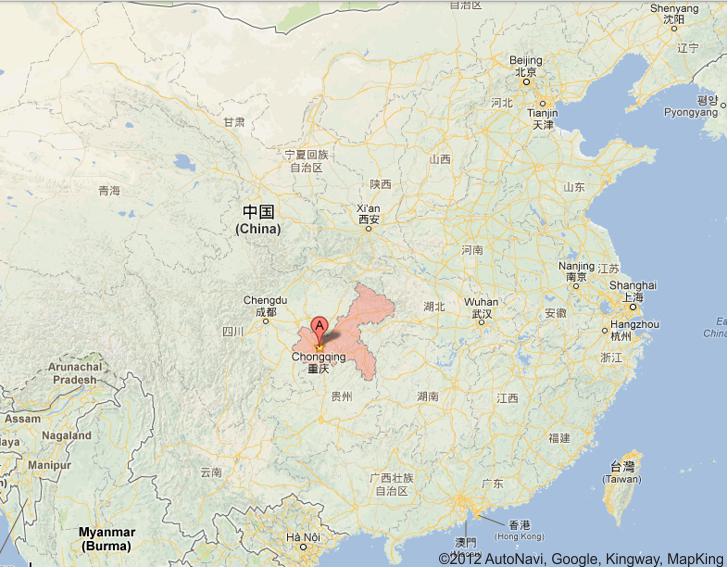 Chongqing is located in the southeast of the Sichuan Basin – China's rice bowl – at the confluence of the Jialing and Yangtze Rivers, just before the Yangtze River passes through the "Three Gorges" flanked by cliffs up to 1000 meters in height on its way towards Wuhan and finally on to the East China Sea. The climate in the Sichuan Basin is determined by the high mountains in the north and east, which holds back the cold continental air, while the warmer and humid subtropical winds pass virtually unhindered over the less lofty mountains in the south. Average temperatures between 5 and 30 °C (41-86 °F) allows cultivation and harvesting of agricultural products almost all year round. 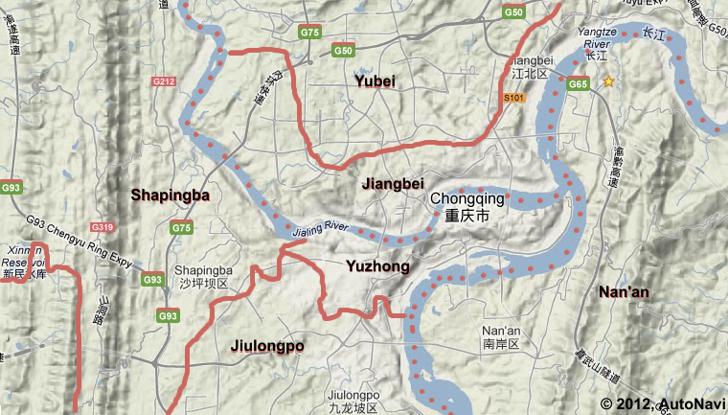 Chongqing is divided into 19 districts, with Yuzhong as the central district with the highest population density. This is the political and economic center of Chongqing. The downtown center of Yuzhong is Jiefangbei CBD, the main financial center of western China. Due to the limited space and despite the hilly terrain, the skyscrapers built here are among the highest in China. Important development zones are located in Jiangbei, and in the peri-urban areas of Shapingba, Nan'an, and Jiulongpo. However, the Yubei district, in which the airport is located, is also very densely populated.

Chongqing has many industrial operations, but a less well-developed hinterland, a fact that has induced many people to relocate to the urban center. Attempts have been made to manage this urbanization pressure with infrastructure spending that totals more than the equivalent of $130 billion dollars. In addition, many Western companies have become established there as part of the open door policy. 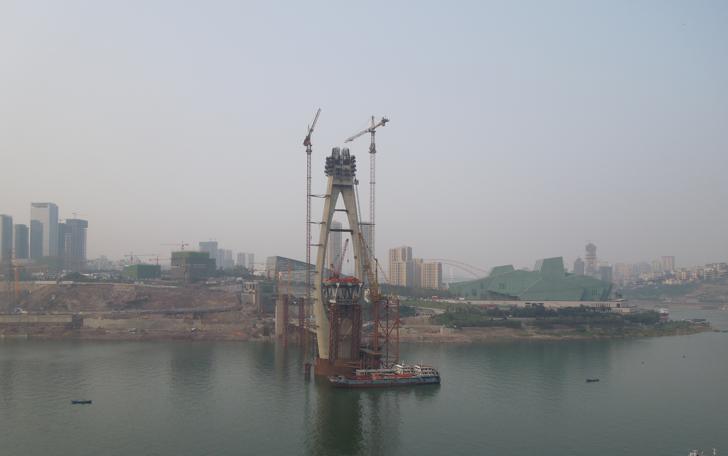 Chongqing has become a major center of Chinese motor vehicle production, but the chemical and textile industries are also becoming increasingly important. Several computer manufacturers like HP produce PCs and notebooks here. Good infrastructure, such as a stable power supply from the Three Gorges Dam, and investment in airport and rail links, as well as labor costs that are about 30% lower than those in coastal China, all make Chongqing particularly attractive for foreign investors.

In the fourth century BC, Yuzhou City stood at the confluence of the Jialing and Yangtze Rivers as the capital of the Ba state. In honor of the coronation of Emperor Zhao Du during the Southern Song Dynasty (1127-1279), who was born there, the city was renamed as "Chongqing" (double celebration). The door to Chongqing was opened in 1890 as the first inland river port for trade between the UK and China. Several other countries followed, including Japan, which fought against the Qing Dynasty in in the Sino-Japanese war of 1894-1895. During the second Sino-Japanese War, the seat of the Chinese government under the Nationalist Party (国民党, 國民黨, guómíndǎng or kuómíntǎng/KMT) of Chiang Kai-shek moved from Nanjing back to Chongqing in 1938. In what then became the provisional Chinese capital, the KMT wartime government established an unstable alliance with the Communist Party of Mao Zedong. Chongqing was also the location of the only meeting ever held between Chiang Kai-shek and Mao Zedong. At the end of World War II, however, the former allies fought against each other in the Chinese Civil War until the KMT was defeated in 1949 in Chengdu (270 km northwest of Chongqing), after which the Nationalists retreated to the island of Taiwan. The Cultural Revolution (1966-1976) brought tough times to the region due to brutal despotism. 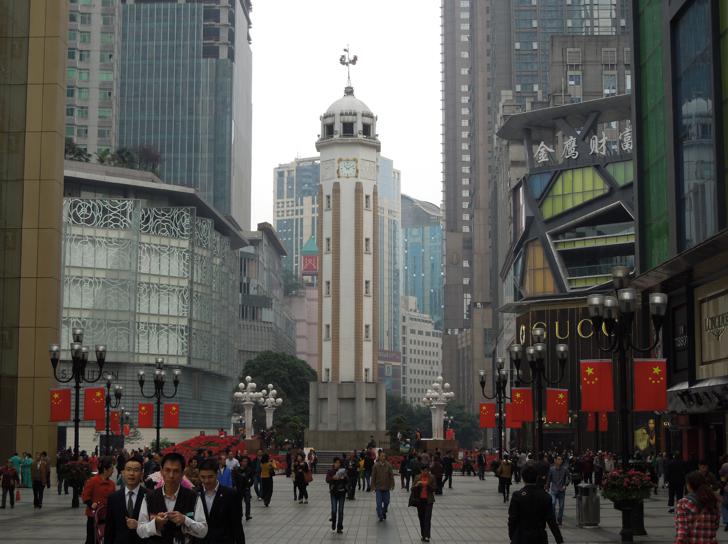 Following the death of Mao Zedong, the new chairman of the Communist Party, Deng Xiaoping, who was born only 100 miles from Chongqing, initiated open door policies under which the city able to develop into a serious competitor of the coastal cities in China. On March 14, 1997, the decision was made by the National People's Congress to carve out a new jurisdictional area from the eastern part of Sichuan Province to constitute the direct-controlled municipality of Chongqing, roughly the size of the State of South Carolina. The Chongqing of today is considered the spearhead of development for western China. Many of the roughly 1.4 million people who were relocated during the construction of the Three Gorges Dam up through 2007 now live in Chongqing. On the downside, there are high levels of air pollution and increasing urbanization with dense population in what was formerly agricultural and forest land.