This Buddhist temple was built 1000 years ago during the Song Dynasty, remodeled in 1752, and rebuilt in 1945 after the Second World War. The name of this popular place for worship and penance, “Luohan”, is the Chinese equivalent of the Sanskrit word “arhat”, meaning a holy man who has left behind all earthly desires and concerns and attained nirvana. The facility serves simultaneously as a cloister for a small community of monks, and as the headquarters of the Buddhist Society of Chongqing. 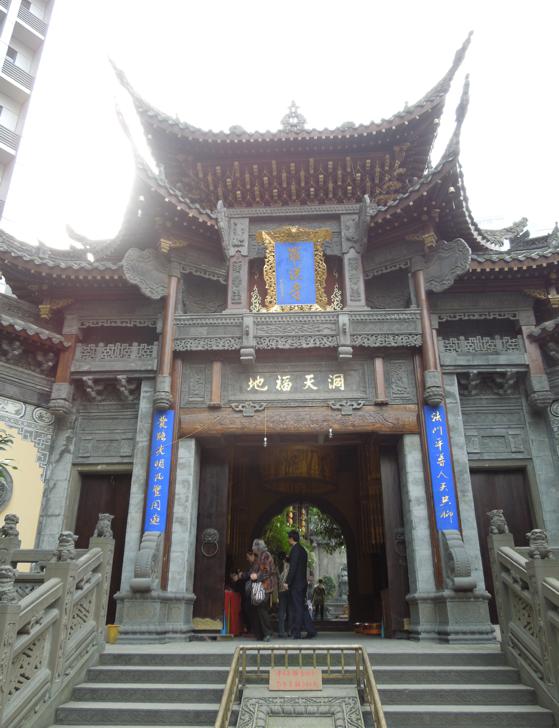 A laughing Buddha promises good luck and fortune if you rub him on the belly. 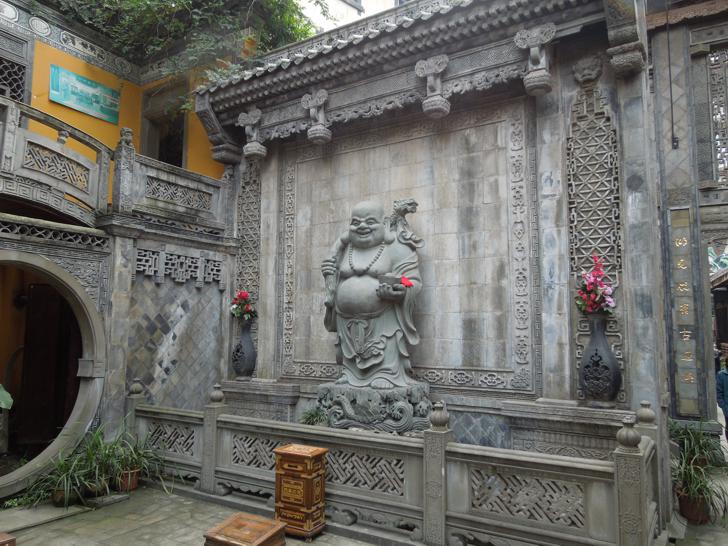 The main attraction, however, is the 500 clay figures of arhats, or Buddhist holy men, which appear in the Arhat Temple. An arhat has rid himself of all temptations, knows no greed or hatred, and is omniscient and patient. The Arhat Temple has strict rules regarding photography, which one should obviously respect.

In one building in the complex, one can also enjoy tea or around 11 am have an inexpensive, vegetarian lunch. Or, you can simply take in the beautiful architecture that stands in such a stark contrast to the high-rise buildings: 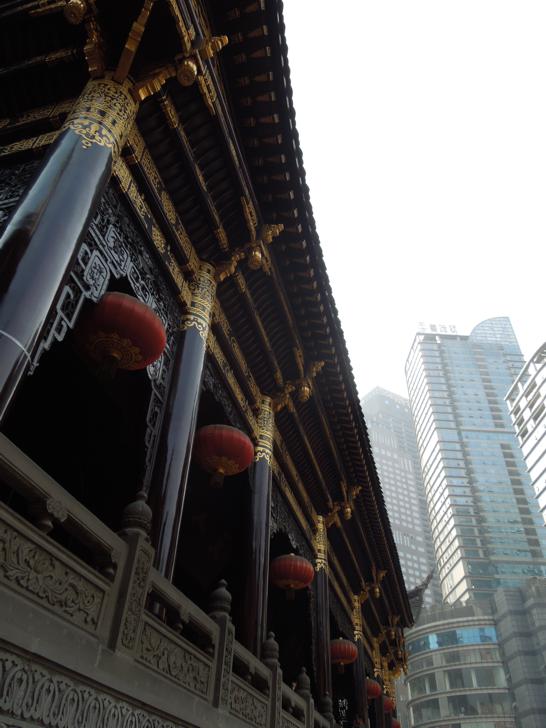 Take the CRT Line 1 to the Xiaoshenzi Station, from which it is a 10-minute walk. In the vicinity are the Yangtze River Cableway, Hongyadong and Chaotianmen.